Could your church pray for Christians in India?

Many Indian Christians find themselves viewed as traitors to their culture.

Will you pray for them? We are asking churches to pray during August for the millions of Christians facing persecution and discrimination in many parts of India.

As part of this campaign we are also asking churches to let the world know that they are standing alongside Indian Christians.

Below, you can find digital images specially designed for you to use in your church services, or to add to your church's social media streams. There is also a list of ten prayers that your church can pray for India.

Thank you for standing with your persecuted church family. Ten Ways to pray for India

Here are ten prayers that you can pray for Indian Christians to help ensure their faith remains unshaken.

For protection from violence
Violence against Christians in India is rising at an alarming rate. Pray that Christians will be protected from violent attacks.

For the persecutors
Hindu extremists and a radical nationalist agenda have created an environment of discrimination and violence against Christians and other religious minorities. Pray that those who oppose the growth of Christianity will encounter Jesus through the witness of His church.

For church leaders
Being a pastor is one of the riskiest vocations in India. Pray for protection for church leaders and their families, and for courage to share God’s Word despite the risks.

For those accused of converting others
Pastor Shekhar* was arrested, tortured and driven from his town by extremists who accused him of paying Hindus to convert. He asks, “Pray that we may have faith in God and be undeterred, remember God in all suffering and happiness, and live the Word and remain in God.”

For the repeal of unjust laws
Two more states have just introduced radical anti-conversion laws – Haryana and Karnataka, in addition to Odisha, Madhya Pradesh, Arunachal Pradesh, Chhattisgarh, Gujarat, Himachal Pradesh, Uttar Pradesh, Jharkhand and Uttarakhand. Pray that the laws will be repealed, or that a deterrent will be put in place to prevent false accusations.

For resilience
Extremists in some parts of India sometimes force new Christians to take part in a ‘Ghar Wapsi’ or ‘homecoming’ ceremony, where they are pressured to return to Hinduism. Pray that Christians in India would receive courage and strength to resist the pressure to leave Jesus.

For healthcare and healing
Mehr* was beaten by her neighbours after she converted to Christianity. Even at hospital, doctors and nurses were bribed not to treat her, because she’s a Christian. Pray for healing, and ask that other Christians wouldn’t face the same persecution and discrimination.

For Open Doors partners
Your prayers and support are helping the church in India to survive the most extreme persecution, providing practical help, training and encouragement through Open Doors local partners. Pray that God will strengthen and protect Open Doors partners, who take great risks to come alongside those most in need.

For faithful Christians like Geetika
Give thanks for 730,000 Christians like Geetika*, a single parent of two, who came to faith after Jesus healed her. She sells vegetables on the street to earn a living but faces hostility from her neighbours. Open Doors partners have provided her with a vegetable cart so she can reach more customers. She asks, “Pray that our business goes well and that we can get our daily meal.”

What more can we do?

Open Doors partners are currently supporting 730,000 vulnerable believers in India – many more need help. Your gifts can help vulnerable Indian believers with food, medicine and shelter, to be equipped with a biblical response to persecution, and receive training and support to run a small business – and much more. This all helps Christians in India keep their faith unshaken, and Open Doors partners help them know they aren’t abandoned.

Thank you so much for joining in prayer with your persecuted church family in India. 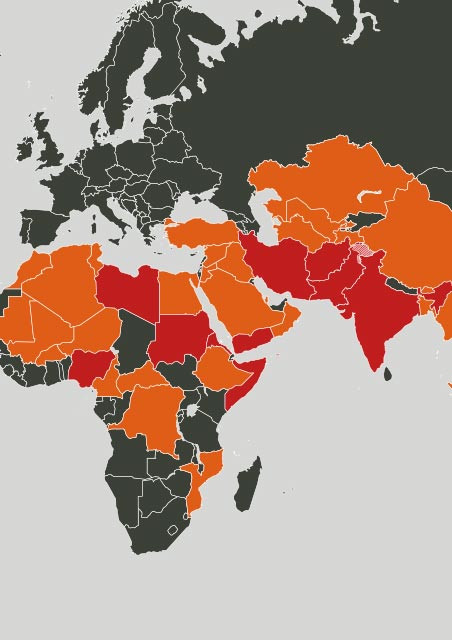 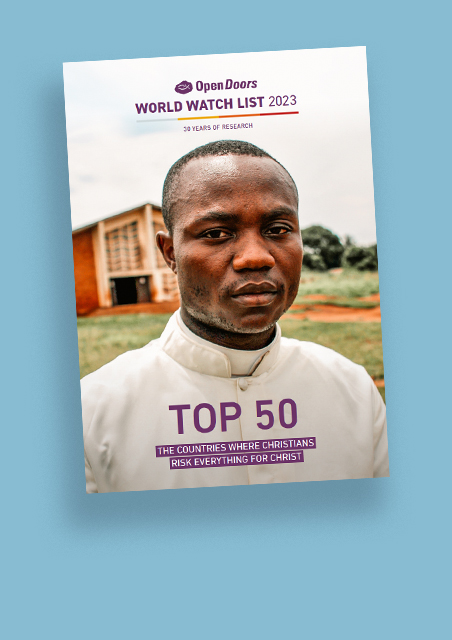